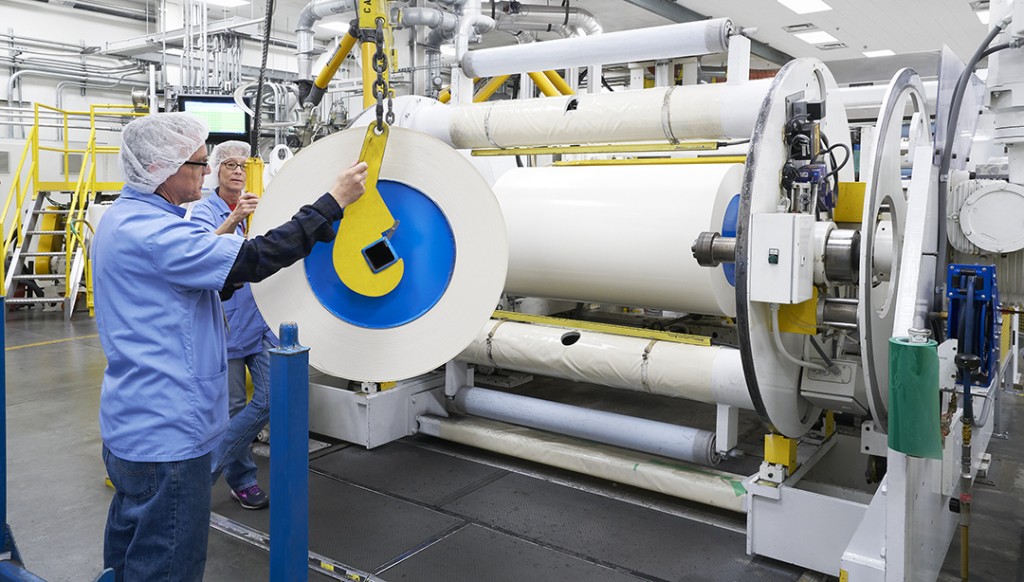 “We’re pleased to be part of the Brookings community, to support the growth and sustainability of this vibrant community.”

With those opening remarks Tuesday morning at the 3M Brookings plant, manager Jim Fay welcomed about 35 local officials, community and business leaders, and Walmart representatives who came to celebrate local manufacturing, the relationship between 3M and Walmart and the creation of more than 100 local jobs at the plant over the past two years.

Fay referenced the Brookings plant’s recent expansion to a 650,000-square-foot facility, the company’s largest health care plant in the world. With that growth, the company, which opened its doors here in 1971, now has about 1,100 employees.

He added that 3M’s “growth would not have been possible without the support of our customers like Walmart and local and state government officials.”

“This really showcases the longstanding commitment between 3M and Walmart,” Harmiger said. And praising the relationship between the two companies, he said, “We can’t do this without you.”

On a national scale, 3M supports Walmart’s commitment to buy an additional $250 billion in products supporting American jobs by 2023. And data from Boston Consulting Group estimates that 1 million new American jobs will be created through a Walmart initiative that includes direct manufacturing job growth of about 750,000 employees in the support and service sectors.

The mayor talked about quality of life and economic development as two key aspects when he views how something impacts Brookings. The two must “go hand in hand.” Both Walmart and 3M bring quality of life to the city and they keep jobs in America.

On an ending note, Corbett thanked both companies for their commitment to America and the city of Brookings.

The event concluded with a tour of the facility by Walmart representatives – after they were fitted with blue smocks, hairnets and snoods for men with facial hair.