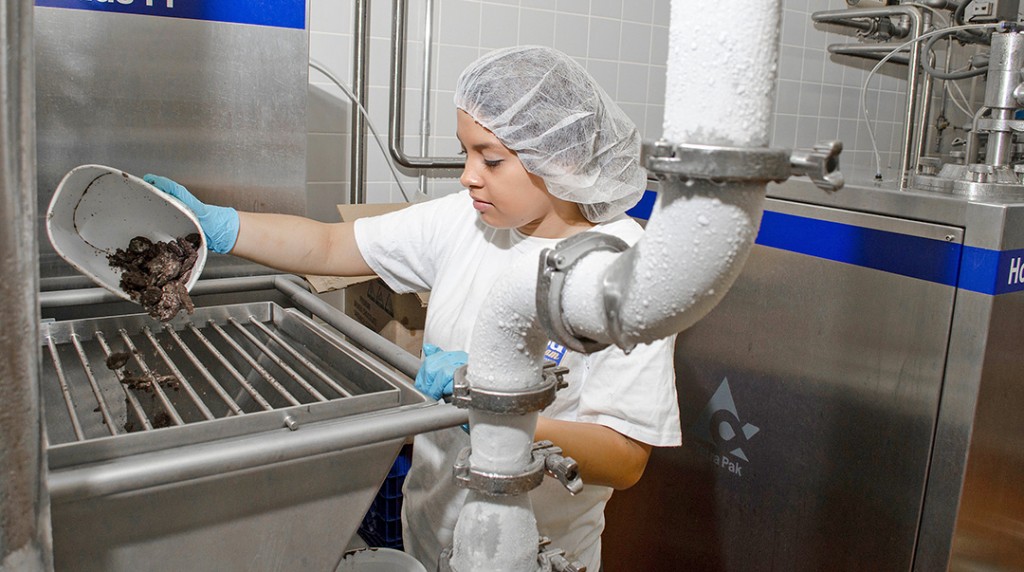 BROOKINGS (AP) – There wasn’t a patent, but there were witnesses.

In 1979, Joe Leedom was a dairy science student at South Dakota State University when he helped make the very first batch of cookies-and-cream ice cream.

The idea is credited to Shirley Seas, a manager at the campus dairy plant.

“He was an institution in the dairy science department,” Leedom said.

Seas was also a regular dairy products judge, and Leedom recalled a story from Seas about a time in the mid-70s when he stopped at an ice cream shop after a day of judging products. His scoop was served with cookie crumbles on top.

Months later, Leedom recalls, he was working in the campus dairy plant with his friend and classmate Joe Van Treeck when Seas asked the two students to go buy some Oreos from a nearby grocery store.

“We’re both kind of looking at him with puzzlement in our faces, and he says ‘I have an idea for a new ice cream flavor, and I want you guys to make the first batch.”

Leedom and Van Treeck left the lab in their dairy white uniforms, hopped into one of the plant’s delivery vans and drove to the grocery store at 6th Street and Medary Avenue.

“We pretty much cleared them out of all of the Oreo cookies that they had,” Leedom said.

Back at the plant, they crushed up the Oreos in a machine called a fruit feeder.

“We incorporated the cookies into the ice cream and a new flavor was born,” Leedom said.

It didn’t take long to see the three men had created something great.

The first batch of cookies and cream ice cream went to the campus Dairy Bar, and it was an instant hit.

“(Seas) used to say that it was like a wildfire going through dry grass once the word got out about this new flavor,” Leedom said.

Today, that wildfire continues to spread.

The true origins of the famous flavor remain contested.

“We never patented it or trademarked it, but from the records that we have seen, we’ve not been able to find anything else (invented earlier),” said Vikram Mistry, head of the Dairy and Food Science Department at SDSU.

Texas Blue Bell advertises their cookies and cream flavor as the “original,” and Edy’s ice cream website claims they invented the flavor in 1982. But for SDSU students and alumni, there’s no contest.

“I think we really were the first,” Leedom said.

In addition to cookies and cream ice cream, that milk forms the base for cheese, butter and more than 60 flavors of ice cream.

“We use real vanilla, sugar rather than high-fructose corn syrup. That forms the basis for a good, quality ice cream,” Mistry said.

The Davis plant opened in 2011, about a century after SDSU made its first commercial ice cream.

A couple years back, students also developed a flavor honoring Barry Dunn, who at the time was director of the SDSU Extension program and dean of the College of Agriculture. “Barry Berry” is still served on campus today, and Dunn has since been promoted to president of the university.

“We have had over the course of time probably 100 different flavors,” Mistry said.

While cookies-and-cream ice cream is a legacy for SDSU’s dairy and food science department, the work students do in the dairy plant has a farther reach.

About 35 students work in the plant each year, from areas of study including dairy manufacturing, dairy production and food science.

Students who graduate with those majors have a 100 percent job placement rate, Mistry said, and some students are seeing companies recruit them up to a year before they earn their degree.

Jobs in the dairy industry require a range of expertise, Mistry said. Students have to be able to apply parts of chemistry, engineering, microbiology, food safety and management principles in order to create a product like ice cream or cheese. And they can practice all of those skills in the SDSU dairy plant.

Leedom, for one, started his 38 years in the dairy industry with an SDSU degree. He currently works as the plant superintendent for Dean Foods in Sioux Falls, and he still holds the invention of cookies and cream ice cream as a point of pride. He’s also glad to see dairy students are still working to find new flavors.

“I’m glad to see that the fun is still there.”