There are 57 undergraduate students currently enrolled in the precision agriculture major. 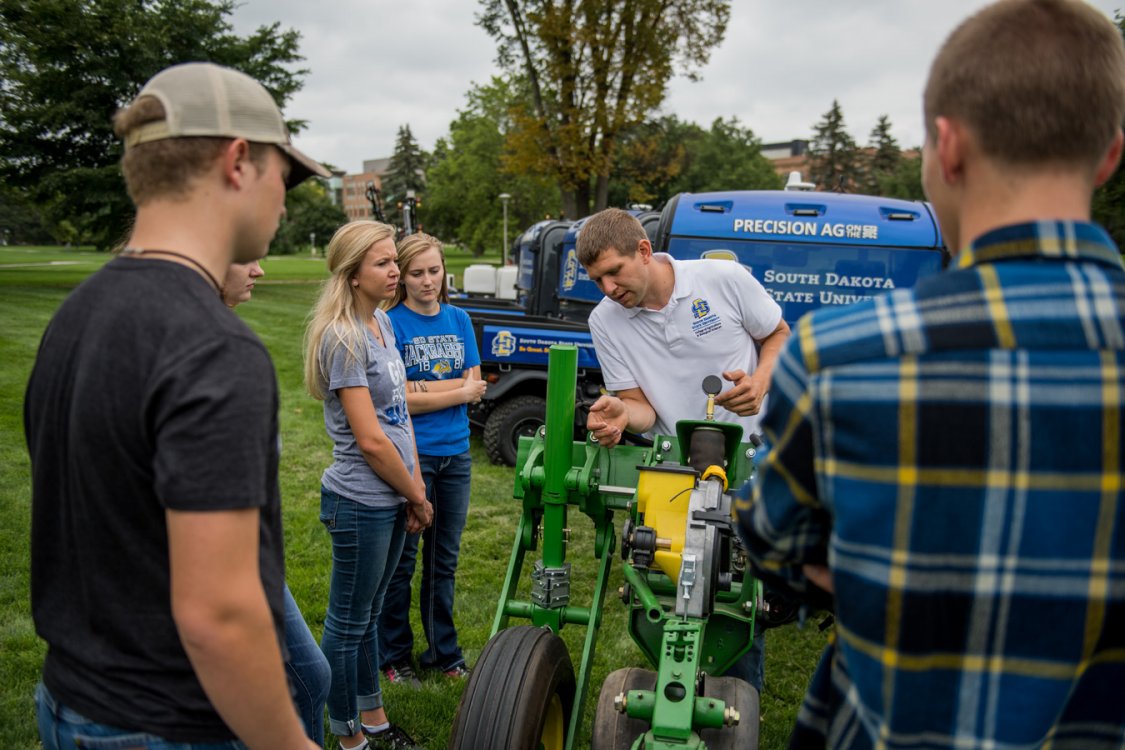 South Dakota State University is one step closer to constructing its Precision Agriculture Facility on campus.

The South Dakota State Legislature has committed $22 million toward the $46 million construction costs of the facility. The legislation must still be signed by the governor.

“The state funding is a necessary and a large portion of the entire project,” said Daniel Scholl, vice president division of research and economic development. “The project is going to take place because we have that partnership and investment from the state.”

This Precision Agriculture Facility is part of a $55 million project, which includes a renovation of Berg Agricultural Hall. The renovation has been approved, but not funded by the State Legislature.

Nearly $14 million in contributions have been raised for the project and the university has committed $7.5 million as well. Raven Industries gave $5 million toward the project in January, following the South Dakota Corn Utilization Council $6 million contribution.

SDSU is the first university in the country to have a precision agriculture major and minor. According to interim dean of the College of Agriculture and Biological Sciences Don Marshall, 57 students are enrolled in the undergraduate major and 90 students in the minor.

“These students are going to go out and serve agriculture. They are going to fill our workforce needs in terms of agricultural technology and in particular precision ag,” Marshall said. “This will help us complete our mission and do a better job of teaching our students and our researchers who are making new discoveries in relation to precision agriculture.”

Marshall said that the facility will bring faculty from agronomy, engineering and computer science disciplines under one roof.

Scholl said that the construction of the new facility is vital to the program.

“This is a logical and a necessary investment in our [South Dakota’s] economy,” he said.

Scholl said that he hopes that the bidding process for the Precision Agriculture Facility will begin in the fall.